Freshwater food webs are among the most altered in the world. Nearly 40% of all freshwater fish in the United States are threatened or endangered. Losses of freshwater fish and other predators can drastically alter the functioning of freshwater ecosystems, but these effects may not be limited to the water.

We study how fish and other predators, like dragonflies, regulate links between water and land by reducing the emergence of aquatic insects. We do this experimentally by combining different kinds of predators in ponds and streams and measuring how ecosystems respond. See pic below for an example, along with some relevant publications. 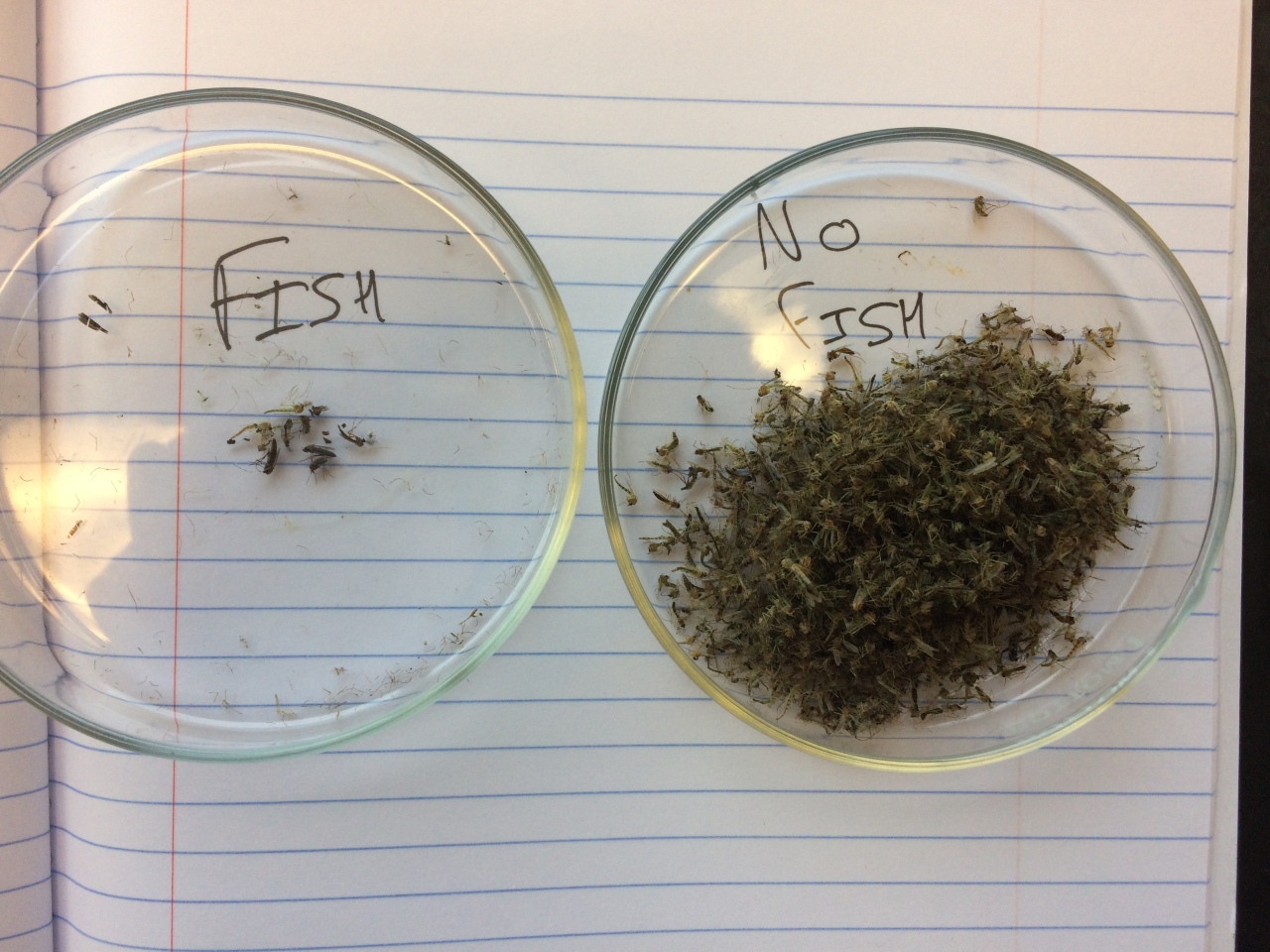 Actual samples (chironomid midges) from cages with and without fish near the Missouri River. The presence of fish caused a 90% reduction in the number of emerging aquatic insects.

A blog about the use of Statistics in science and decision making ... and scientific culture

Stay fresh! - connecting yourself to the latest literature in freshwater sciences